All dollar values are in U.S. dollars, unless otherwise noted.

LOS ANGELES–(BUSINESS WIRE)–MedMen Enterprises Inc. (“MedMen” or the “Company”) (CSE: MMEN) (OTCQB: MMNFF) (FSE: A2JM6N) and Chicago-based PharmaCann LLC(“PharmaCann”) announced today that both companies have signed a binding letter of intent (the “Agreement”) for MedMen to acquire PharmaCann in an all-stock transaction valued at $682 million.

The resulting pro-forma company (including pending acquisitions by MedMen) will have a portfolio of cannabis licenses in 12 states that will permit the combined company to operate 79 cannabis facilities. The combined company will operate in 12 states, which comprise a total estimated addressable market, as of 2030, of approximately $40 billion according to Cowen Group. Through the transaction, MedMen will add licenses in Illinois, New York, Pennsylvania, Maryland, Massachusetts, Ohio, Virginia and Michigan.

This is a transformative acquisition that will create the largest U.S. cannabis company in the world’s largest cannabis market. The transaction adds tremendous scale to our vertically integrated business model by expanding our U.S. retail footprint across important growth markets while strengthening our cultivation and production capabilities. With the revenue synergies that the deal is expected to produce, MedMen is well positioned to continue executing on our growth strategy. 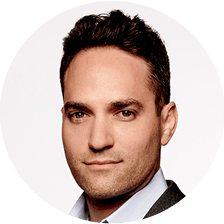 This would not have been possible even two years ago and is a testament to how far both the industry and these two companies have evolved. PharmaCann’s leadership has built a world-class organization, and we are excited about the value this transaction is creating for shareholders.

“PharmaCann has built highly-efficient cultivation centers and dispensaries to promote a better quality of life for medical marijuana patients,” said Teddy Scott, Ph. D., PharmaCann chief executive officer. “This acquisition validates the dedication and level of sophistication we have used to provide consistent patient outcomes. I am proudest of the top-notch team we have assembled here and their dedication to our mission of serving medical marijuana patients. Our organization is a natural fit for MedMen, and we are excited to join a leading enterprise with a best-in-class management team.”

Based on the closing price of the Company’s Class B Subordinate Voting Shares as of October 9th, the total transaction is valued at $682 million and will be satisfied by the issuance of Class B Subordinated Voting Shares of the Company. Under the terms of the Agreement, PharmaCann holders will own approximately 25 percent of the fully-diluted shares of the Company upon closing and will be subject to lock up agreements for a period of 6-12 months. The specific transaction structure is subject to ongoing tax, financial, and regulatory advice.

The transaction is subject to regulatory approvals by various local and state authorities in each of the markets where PharmaCann’s assets and licenses are held, all debt of PharmaCann being repaid and other customary closing conditions.

The letter of intent is fully binding and subject to contractual obligation.

The Board of Directors of both MedMen and PharmaCann have unanimously approved the transaction.

Eight Capital provided a fairness opinion to the Board of Directors of MedMen, stating that in its opinion, and based upon and subject to the assumptions, limitations, and qualifications set forth therein, the transaction consideration is fair, from a financial point of view, to MedMen shareholders.

Marquis Partners acted as financial advisor to PharmaCann on the transaction.